SALT LAKE COUNTY, Utah, Feb. 7, 2019 (Gephardt Daily) — The Salt Lake County District Attorney’s Office has determined that criminal charges will not be pursued against two officers after a suspect was shot after he took his own 89-year-old grandmother hostage in her home and fatally shot her.

The deceased woman was identified at the time as Rose Martinez, the South Salt Lake Police Department said in a news release.

The letter said that prior to the date of the incident, an elderly couple referred to as F.M.H. and his wife, R.M. (Rose Martinez), both 89, lived at 451 E. Stanley Ave. in South Salt Lake City. Abel Martinez, the subject of the OICI, was the grandson of the two elderly people.

The letter said that on Jan. 1, 2005, Abel Martinez was sentenced in the federal criminal justice system to serve 180 months in prison. Martinez was released to a halfway house on May 23, 2018.

On June 15, 2018, Martinez walked away from the halfway house and a warrant for his arrest was issued.

“At about 9 a.m. on June 17, 2018, Mr. Martinez went to his grandparent’s home where he entered through an unlocked door,” the letter said. “Mr. Martinez became violent, killing his grandmother and seriously injuring his grandfather. Police were called to the home and a SWAT team responded.

“SWAT officers learned that Mr. Martinez had mortally wounded his grandmother and appeared to be killing his grandfather. Officers ordered Mr. Martinez to stop his attack, but he did not.”

The letter clarified that SWAT member UPD Officer Jewett and SWAT member SSLPD Detective Cluff,  as well as other team members, were ordered to quickly move up to the home.

Martinez died from his injuries.

Jewett and Cluff each declined to be interviewed in connection with this incident, as is their constitutional right, the letter said.  Neither Jewett nor Cluff wore a body camera during the incident.

“Other officers on scene and other witnesses (notably Mr. Martinez’s grandfather, F.M.H.) gave statements on the day of or soon after the incident,” the letter said. “Protocol investigators also collected body camera footage from (other) officers, police radio dispatch recordings, photographic and physical evidence from in and around the scene, and forensic analysis of some of the physical evidence. Based on the facts presented, we do not intend to file criminal charges against either Officer Jewett or Det. Cluff.”

The letter said it’s believed Jewett and Cluff would be legally entitled to the affirmative defense of “justification” under Utah State law.

“In other words, we believe that Officer Jewett and Det. Cluff would be able to claim successfully at trial that they believed the ‘use of deadly force was necessary to prevent death or serious bodily injury to the officer or another person,'” the letter said. 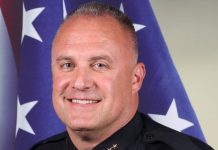 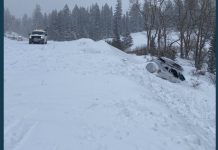