A probable cause statement from the 3rd District Court of Salt Lake County said Andrew Skyler Walker, 25, is facing charges of:

On Dec. 20, a home break-in report was filed with the Riverton Police Department, the statement said. The victim informed officers and detectives she has lived with family in Riverton for several months, while she and her estranged husband, Walker, go through a divorce.

“Victim said Andrew told her the next day he knew she didn’t want to have sex, and he supposed he was in the wrong,” the statement said. “Victim stated during this rape incident, Andrew was hurting her arms, and she remembers fearing Andrew physically hurting her at this time. Victim stated Andrew has always been emotionally and mentally abusive, but this time she was scared about physical abuse.”

The victim stated there were two more similar incidents in October and November 2019. She said each time Walker would come into the home intoxicated with alcohol. She told officials both sexual assaults were very similar in nature.

“Victim said she was asleep when Andrew would come hug her and hold her down, so he could have sexual intercourse with her,” the statement said. “Victim said on one of these rape incidents, she pretended to be asleep, as she did not want him to see her awake. Victim did not give consent to Andrew to have sex with her.”

On the afternoon of Dec. 28, the victim informed police the brake lines to her vehicle were cut and the oil pan was also emptied. The victim told officials Walker is a mechanic.

“Detectives located video surveillance from a neighboring resident which shows Andrew pulling up to the victim’s residence and messing with her vehicle,” the statement said. “The intention to cause serious bodily injury to another and Andrew committing
an act which is clearly dangerous to human life, detectives will file an attempted homicide charge for the brake line being cut.”

On Dec. 29, several officers and detectives located and arrested Walker.

Walker was transported to the Salt Lake County Jail, where he is being held without bail. 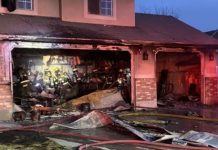 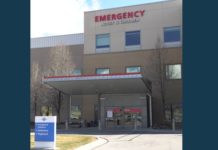