SALT LAKE CITY, Utah, Nov. 30, 2020 (Gephardt Daily) — An inmate in a housing unit at the Salt Lake County Metro Jail was found unresponsive early Monday morning, according to a news release from the jail.

The inmate, identified as Levi Cleveland, 31, was being housed in a precautionary quarantine unit.

“Deputies and jail nurses on duty performed life saving measures and facilitated transport to the hospital by ambulance where he passed away,” the release says.

The cause of death is not currently known. South Salt Lake Police Department is in charge of the investigation.

All newly booked inmates are housed in the precautionary quarantine unit for 30 days, in an effort to reduce the risk of bringing COVID-19 into the facility, the news release says.

If an inmate tests positive for the virus, he or she is placed on medical quarantine, which includes housing inmates in individual cells, testing, monitoring for symptoms and treatment.

According to the news release, Cleveland began serving a court-ordered 120-day sentence for drug-related charges on Nov. 20 this year.

On Nov. 23, the judge ordered a conditional release to an alternative to incarceration program when a bed became available.

No further information was available due to the ongoing investigation.

Gephardt Daily will update this developing story as more details are made known. 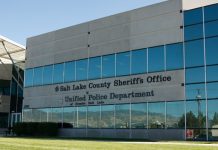 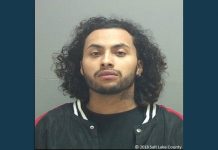 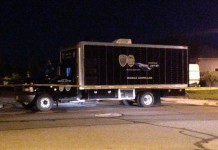