SAR was called out at 5:27 p.m. for an injured man who was snowboarding in the backcountry at Beartrap Fork.

According to a Sheriff’s Office Facebook post, the man had injured his ribs and had a possible femur fracture. Two medics from the fire department were with the patient when SAR arrived.

SAR members and Unified Fire crews “loaded the patient into a toboggan and slid him out to the road where he was taken by ambulance to a local hospital.” 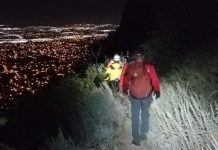 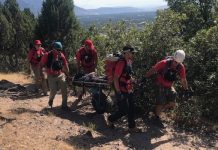