SALT LAKE CITY, Utah, Oct. 13, 2019 (Gephardt Daily) — A Salt Lake City police officer is facing a charge of custodial sexual relations, a third-degree felony, after a woman told police she and the officer had sexual relations while she was on parole in 2018.

Robert Tilton Hinds, 43, is alleged to have had a sexual relationship with the woman between May 6, 2018, and Nov. 30, 2018, according to a probable cause statement filed in 3rd District Court in Salt Lake County.

The woman said Hinds knew she was on parole at the time, because he had spoken with her parole officer before their relationship began.

According to the charging document, a search of the woman’s phone confirmed that Hinds had sent her text messages of a sexual nature, and that messages had been sent in which Hinds and the woman arranged to meet for sex.

There also were videos and pictures of Hinds and an audio recording of Hinds calling the woman “and making threats of physical violence to her,” the statement says.

The Unified Police Department is handling the investigation. 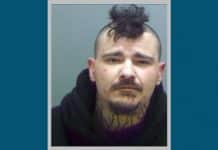 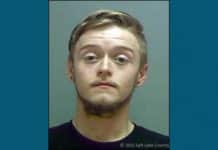 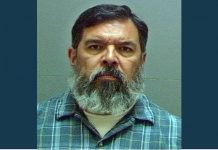