According to a post on social media by Sandy City PD, the men allegedly took part in an armed robbery at a CVS Pharmacy on Sept. 16.

Police say the two entered the store together after arriving in a black passenger car.

Anyone who recognizes the men or who has information about the robbery is asked to call Sandy City PD at 801-568-7200. 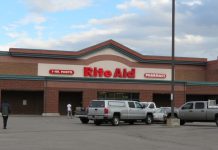