UTAH COUNTY, Utah, Oct. 3, 2019 (Gephardt Daily) — Search and Rescue teams responded to the mountains above Lindon Wednesday night after a man biking in the area was reported missing.

Sgt. Spencer Cannon, Utah County Sheriff’s Office, told Gephardt Daily that the 67-year-old Lindon man, who was not carrying a cell phone, went out at about 5 p.m. and was expected back at 7.

When he did not return and his family could not find him, Sheriff’s officials and searchers were called to the scene.

“We were contacted at about 10 by the Lindon PD,” Cannon told Gephardt Daily. “We wouldn’t ordinarily make such an immediate response, but we talked to the man’s wife and learned that for him not to come back was very unusual.”

The Lindon man is known for sticking to a schedule, Cannon said.

“We searched the area, above Johnson’s Bowl, above the Timpanogos Storytelling Park, and with about 40 SAR team members, we were able to cover a lot of ground.”

Searchers on off-road motorcycles, traveling short distances and calling the man’s name, found the man after midnight, Cannon said. He was north of where he had said he was going.

“He had gotten onto a new trail and couldn’t find his way back to the main trail. The terrain was treacherous, and he tried leaving his bike to make it out on foot. When they found him, he was putting leaves up his shirt sleeves and shorts, trying to conserve heat.”

It was about 32 degrees — freezing — when the man was found.

“This may well have been a life-saving operation,” Cannon said. “A person’s well being can go downhill pretty quickly when it gets that cold. His wife was sure he was unconscious up there. Had they not found him, it could have been a lot worse.” 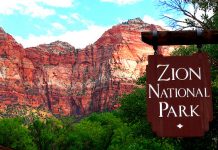 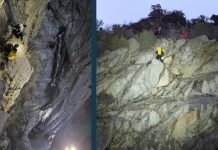