SARASOTA COUNTY, Florida, Oct. 6, 2021 (Gephardt Daily) — The Sarasota County Sheriff’s Office was asked to help Wednesday morning in the search for Brian Laundrie at the Carlton Nature Reserve in Florida, CNN is reporting.

Steven Bertolino, an attorney for Laundrie’s parents, confirmed to CNN that authorities are communicating with him about any developments, but said he was otherwise unable to comment.

Laundrie, 23, has been named a person of interest in Gabby Petito’s murder. The couple, who shared a home with Laundrie’s parents in Florida, had been traveling across the western U.S., including stops in Utah, before Petito’s disappearance near the end of August.

Laundrie returned home on Sept. 1, driving Petito’s van, but without her. Petito, 22, was reported missing on Sept. 11.

Laundrie declined to cooperate with authorities, as did his parents, although on Sept 17 they relented and told investigators Laundrie had gone missing on Tuesday, Sept. 14, and may have been headed to the Carlton Reserve.

Though authorities have not explicitly connected Laundrie to Petito’s death, they’ve been looking for him, in part over a federal arrest warrant accusing him of illegally using another person’s debit card.

If you have any information in this case or know Laundrie’s whereabouts, you’re asked to call 1-800-CALL-FBI. 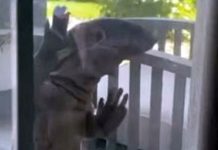 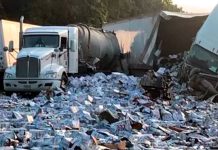 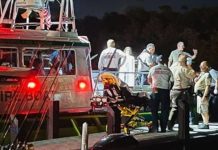