The location is above Tibble Fork Reservoir and Granite Flat Campground. The caller said the man was able to send her a text message around 7 p.m. telling her he had been injured and was trying to make his way back to the trail.

“The caller was uncertain if he meant a trail, or the trailhead,” the news release said.  “Search and Rescue responded and they requested assistance from a fixed wing aircraft pilot with the Sheriff’s Office and the Utah Department of Public Safety helicopter.”

The fixed wing pilot first located the patient around 11:30 p.m. The DPS helicopter crew was then able to pinpoint his location.

“A total of 18 SAR team volunteers responded and many of them went up the trail and located the patient,” the news release said. “He sustained bruises and deep lacerations on one of his legs and one of his wrists. The patient told SAR members he got lost and was unable to find his way back to the trail.”

They helped him back to the parking lot at about 3:40 a.m. where he was evaluated by paramedics with Lone Peak Fire Department. The patient was not well prepared for the conditions, having only a small amount of water and food with him. He also did not have appropriate clothing for spending the night should that have become necessary.

Box Elder Peak is the same area where then 28-year-old Derrik Jenkins was killed after he fell while trail running on Oct. 31, 2018.  His body was found by the crew of a DPS helicopter on the afternoon of Nov. 3, 2018. 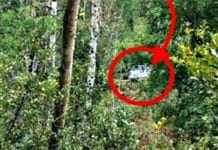 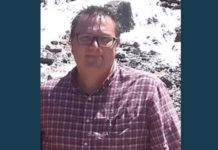