LINDON, Utah, Nov. 7, 2021 (Gephardt Daily) — A semi truck traveling north on Interstate 15 in Lindon early Sunday morning left the roadway, crashed through a fence separating the highway from the city, and ran into a home before coming to a stop.

“As troopers arrived on scene, they located a semi truck in the area of 209 N. West Ridge Lane in Lindon which is just East of the I-15 NB highway,” a statement from Utah Highway Patrol says.

“The initial cause of the crash is still under investigation but the driver may have suffered a medical condition causing him to leave the roadway to the right.”

The truck took out approximately 100 feet of a fence that divides the highway from the city roadway, the statement says.

“The semi truck continued east in this area where it crashed into the awning of a home which then broke a few windows on the front of the home as well before coming to a stop.”

The driver of the semi truck was transported to a local hospital with minor injuries. No other injuries were reported. 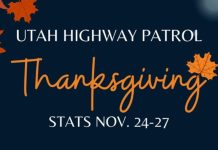 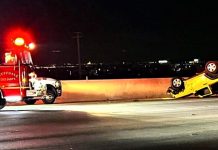 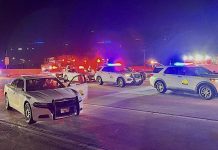