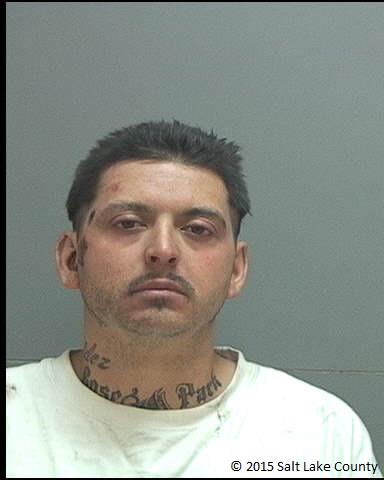 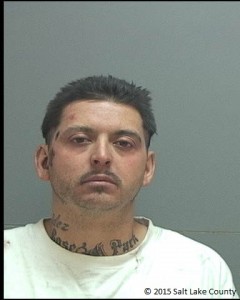 SALT LAKE CITY, UTAH – May 13, 2015 (Gephardt Daily) – A seven-year-old called 911 and stated that his dad was hitting his mom and then the phone hung up, according to Salt Lake City Police Department. “As officers arrived at the home at 558 N 400 West, a man confronted them a knife and screw driver, screaming, cursing them,” SLCPD said in a press release. “After a brief standoff the suspect threw the knife at the officers, missing them. The suspect eventually dropped the screw driver, but as the officers tried to take him into custody he was combative.” Jared Pederson, 31, was finally taken into custody and booked on several charges including domestic assault in the presence of a child. He incurred minor injury during the arrest, was checked and released by medics.

To share information about this or other criminal activity with the Salt Lake City Police Department, please call (801) 799-3000. To remain anonymous, text us your crime tips to 274637. Start the text with the keyword TIPSLCPD (which routes it to SLCPD), then a space, followed by the relevant information or photos.