DELTA, Utah, April 16, 2019 (Gephardt Daily) — A suspect is facing a charge of first-degree felony murder after he allegedly fatally shot his brother Sunday night in a dispute over property.

A probable cause statement from the Fourth District Court of Fillmore in Millard County said John Peck, 63, has been booked into the Millard County Jail with his bail set at $1 million cash only.

The victim has been identified as Frank Wynn Bringard, 76, officials said.

The probable cause statement said that at approximately 10:35 p.m. Sunday, the arresting officer was dispatched to an address in the area of 100 W. 1000 North in Delta, on a report of a man who had been shot.

The reporting person, later identified as Peck, stated he had shot his brother and needed help. Two deputies responded and made contact with Peck, who was outside the residence.

“We took John into custody as he was very emotional and we were unaware of the situation,” the statement said. “Our Lieutenant arrived on scene and stayed with John as myself and the other deputy entered the residence to secure the scene for medical. It was then when we observed the victim lying on the living room floor near the southeast bedroom door.”

The victim was motionless and upon further view was obviously deceased, the statement said. There was no one else in the residence.

Peck then told an officer that he had gotten into an argument with his brother over “titles” to property which resulted in him shooting his brother.

The suspect was taken to the sheriff’s substation in Delta and read his Miranda rights, then agreed to be interviewed.

“In the interview John disclosed to detectives he shot his brother because he thought his brother was lying to him over properties,” the statement went on. “John was then taken to a local hospital for a blood draw and then transported to Millard County Jail.” 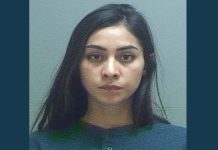 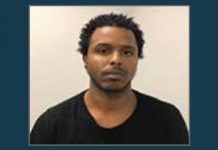