UTAH COUNTY, Utah, July 16, 2019 (Gephardt Daily) — A Wasatch County man has been booked into the Utah County jail after an 8-year-old boy reported the suspect touched him inappropriately during a 2018 hunting trip.

Arthur Ford Jepperson, 59, of Wallsburg, was booked on suspicion of aggravated sexual abuse of a child, a first-degree felony; and tampering with a witness, a third-degree felony.

Charges were filed after the boy was interviewed and described events he says happened during the hunting trip he took with Jepperson, a family friend and business associate.

“The male stated that while on a hunting trip in October of 2018, on or near Mount Timpanogos, he was touched on his ‘bum’ by Arthur Jepperson,” says a probable cause statement filed by an officer of the Utah County Sheriff’s Office.

The boy said it felt like Jepperson was “pinching him hard” …  and that it hurt so bad the boy wanted to cry, “but Arthur told him he was an adult now and that if he cried he wouldn’t take him hunting anymore.”

Jepperson allegedly threatened the boy, saying if the child told anyone what had happened, he would end his business association with the victim’s father, costing the family some or all of its livelihood.

A news release issued by the Utah County Sheriff’s Office says that the child said that at one point when he was alone with Jepperson, “it felt like something ‘broke off’ inside him.”

The boy “said Jepperson told him he was not to report what happened or tell any adults or he would harm him physically,” the UCSO news release says.

“He also made other threats to the victim about what he would do if the victim told anyone. The victim sustained physical injury and significant emotional trauma from this incident.”

The probable cause statement says that after the hunting trip, the boy became withdrawn and began wetting the bed.

“I questioned Arthur about the allegations. He stated repeatedly that he has never been alone with ‘that boy,'” the probable cause statement says.

“Arthur has also been alone with the victim on other occasions. The charge is enhanced due to the injuries and the position of trust Arthur had over the victim.” 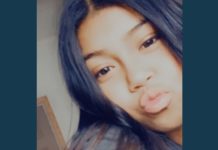