May 30, 2022 (Gephardt Daily) — There’s a possibility of a new meteor shower tonight, but scientists have mixed opinions on whether it will be notable or even noticeable, a statement from NASA says.

“Excitement has sparked a lot of information about the tau Herculids. Some has been accurate, and some has not,” the agency statement says. “Some astronomers predict a dazzling display of tau Herculids could be ‘hit or miss.'”

The NASA statement says the agency is “encouraging eager skywatchers to channel their inner scientists.”

And it offered these facts:

Observers in North America under clear, dark skies have the best chance of seeing a tau Herculid shower. The peak time to watch is around 1 a.m. on the East Coast or 10 p.m. on the West Coast. 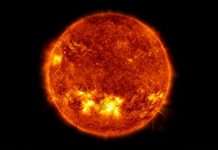