SANPETE COUNTY, Utah, Oct. 22, 2020 (Gephardt Daily) — A Silver Alert has been issued for an 88-year-old man missing from Manti in Sanpete County.

Raymond Loren Yoss was diagnosed with dementia in 2008 and has good long-term memory but poor short-term memory, the Silver Alert said. Officials did not provide a photograph of Yoss.

He was last seen Monday at 2 p.m. in the area of 254 E. 100 North in Manti. He was reportedly heading to either Dolan Springs, Arizona, Henderson, Nevada or Medford, Oregon.

He is traveling in a black Toyota Camry with Utah licence plate W731MX.

Yoss is described as 5 feet 8 inches tall with short gray hair and blue eyes. He has a scar on his stomach and a wound on his left thigh. He goes by the nickname Larry.

Anyone that sees the missing man is asked to call Sanpete County Sheriff’s Office on 435-835-2345. 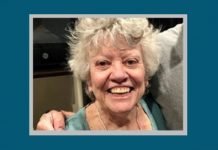