ST. GEORGE, Utah, Jan. 10, 2022 (Gephardt Daily) — A Sliver Alert has been issued out of St. George for Kanab resident who reportedly planned to travel to Salt Lake City on a Greyhound bus.

The missing man is Jack Timothy Withers, 62. He was last seen at about 5 p.m. Monday, and was believed to be getting on the bus. The alert says Withers told the woman buying his ticket that he would be picked up by people called Mark and Ellen, whose full names and identities are unknown.

No picture is currently available of Withers.

The Silver Alert statement says Withers is is easily confused, and not mentally capable of making decisions.

Withers is described as Caucasian, 6 feet tall, and 380 pounds, with white hair and hazel eyes. He is believed to be wearing a black hoodie, gray sweat pants, and white shoes.

Anyone who sees or has information on Withers is asked to call law enforcement authorities at 435-644-2668. 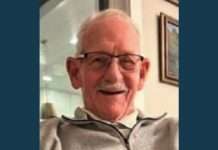 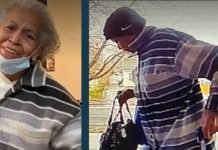