The crash occurred shortly before 8:30 p.m. when a vehicle traveling west on Main Street veered off the road, struck a power pole, and then crashed into a tree, Lt. R. Sager, with the Grantsville Police Department, told Gephardt Daily.

The adult female driver was the vehicle’s only occupant, and she was transported to the hospital in stable condition, Sager said.

He said the roads in the area are dry, and it isn’t known what caused the vehicle to go off the road. The accident is still under investigation.

Power is expected to be restored to the area by about 1:30 a.m. Tuesday, according to Rocky Mountain Power. For updates, go to rockymountainpower. 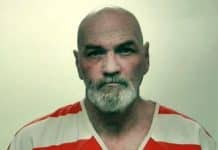 One brother jailed, 1 hospitalized after hammer, knife fight in Grantsville