MIDVALE, Utah, Nov. 27, 2018 (Gephardt Daily) — Two sisters have been arrested in connection with the 2008 cold-case murder of Lester Janise.

Booked are Jerah Jean Whipple Santos-Ramirez and Victoria Bigcrow Clown, both 29, but with Clown the younger by about 11 months. Janise was a close acquaintance of the women’s mother.

Both are booked on identical charges of:

Santos-Ramirez lived in Las Vegas, and Clown was in Lawrenceville, Georgia.

According to a probable cause statement police were called to Janise’s Midvale residence  on Jan. 13, 2009 on a wellness check. Janise’s body was found slumped over on the couch, with two belts around his neck.

Officers noted that the last newspaper taken inside was Dec. 28, 2008. A notebook with the name of Victoria was found inside, and a 2002 Ford Windstar minivan belonging to Janise was missing.

The women told investigators that Janise had given them permission to take the van, and that he was alive when they left Utah, the probable cause statement says.

On Oct. 26 of this year, Clown was interviewed again, and told officers that she and Santos-Ramirez had stayed in the apartment of Janise in December of 2008, and that on Dec. 28, Santos-Ramirez had argued with Janise after she left for four days, abandoning her children with him.

“Clown told the interviewing officers that the argument lasted over an hour, and that, during the argument, Santos-Ramirez told Clown that she needed a ride out of there” the statement said.

“Ramirez had an idea to knock Mr. Janise out, but she was concerned that he would call the
police after he woke up. Shortly after this conversation, Clown heard scuffling and fighting
noises coming from the living room,” the statement says.

“Santos-Ramirez entered the bedroom where Clown was and told her they need to leave. Santos-Ramirez said that she hoped that she only passed Mr. Janise out, but didn’t think so. Clown stated that she grabbed her child, some belongings and the keys to Mr. Janise’s van.

“As she was leaving the apartment she glanced over to the living room and saw Mr. Janise lying on his side on the sofa.” 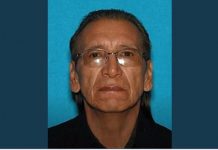