SALT LAKE CITY, Utah, May 31, 2017 (Gephardt Daily) — Salt Lake City Mayor Jackie Biskupski on Wednesday announced she has nominated Sen. Jim Dabakis to represent the city on the Utah Transit Board of Trustees.

Dabakis represents State Senate District 2, which encompasses a section of Salt Lake City, including downtown, the greater Avenues, Liberty Wells, the University of Utah, and parts of the East Bench.

Dabakis is a member of the Senate Transportation, Public Utilities, Energy, and Technology Committee.

“My top priority was finding someone who could represent the people of Salt Lake City in an honest and forthright manner on the UTA Board,” Biskupski said in a prepared statement.

“Jim is well known amongst his peers and the public for his passion and his willingness to serve as a watchdog for the Utah taxpayer.”

“Our Transit Master Plan clearly indicates that the current regional model serves commuters well, but we have had less success providing service to those who travel within the city,” Biskupski said in the statement.

“We need someone on the Board committed to fulfilling the Capital City’s unique transit needs.”

Salt Lake City’s draft Transit Master Plan recommends a Frequent Transit Network system, which would connect major hubs such as the University of Utah, downtown, Sugar House, and the west side via high frequency transit corridors. The envisioned system would require both upgrades to existing UTA routes and additional transit infrastructure.

“In the end, any upgrades to Salt Lake City’s transit network is going to require partnership with UTA and additional investment,” Biskupski’s statement said. “If we are going to get people out of their cars and onto buses and trains, we need a transit agency that has the full faith of the taxpayers of this City and State.”

“I consider this to be one of the most important assignments of my political career,” he said of the appointment. “The people of Salt Lake City are in desperate need for better public transportation options and it is clear to me that a lack of trust in our transit authority is what is holding us back — I hope I can help fix that.”

This appointment is subject to advice and consent by the Salt Lake City Council. 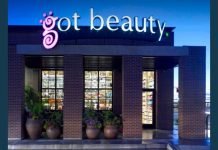 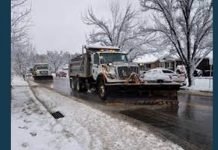