“People have reached out to us regarding a photo which appears to show an officer making an obscene gesture,” said a tweet from the Salt Lake City Police Department. “We believe the photo has been edited. Follow the link to see the video (above) and see the other side of the story.”

Officers were assisting the health department in an abatement on 300 East, said a caption on the video on YouTube. “During this abatement officers were routinely engaged by an individual who was filming them,” the caption said. “This video, to our knowledge, has not been made public, however still frames were published online. One of these photos appears to show an officer making an obscene gesture. This is body camera footage which has been unaltered. As you can see the officer does not make an obscene gesture, but is merely pointing with his index finger while talking.” In the YouTube video, the gesture takes place one minute and 55 seconds into the video.

A second tweet said: “We used Fotoforensics.com to analyze the photo in question. Follow the link to see the analysis for yourself. The blue area around the hand shows the image has been changed.” 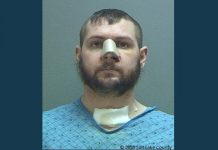 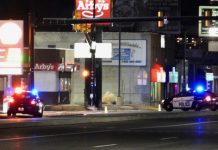 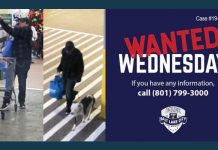