SALT LAKE CITY, Utah, Jan. 31, 2019 (Gephardt Daily) — Salt Lake police are searching for a suspect who allegedly shoved a man and stole his glasses, then pushed another man and stomped on his specs.

The Salt Lake City Police Department said in a news release the incident occurred in the area of 200 E. 400 South just after 9:30 a.m. Wednesday.

“A man was shoved and then had his glasses taken by an unknown male,” the news release said. “A second victim, was also pushed and his glasses were stomped on by a male with the same description.”

The suspect is described as a black man in his 30s, 6 feet 4 inches tall, wearing a multi-colored beanie and green coat.

Anyone who witnessed the incident or has information about the suspect is asked to call the SLCPD 801-799-3000. To remain anonymous, text crime tips to 274637. Start the text with the keyword TIPSLCPD (which routes it to SLCPD), then a space, followed by the relevant information or photos. Reference: crimetip. The reference number in this case is 19-17856. 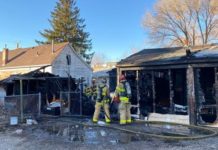 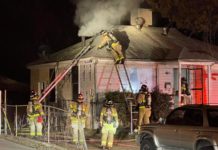