The 19 videos are being scrutinized by the office of Salt Lake District Attorney Sim Gill for possible excessive use of force. The incidents under review occurred between 2016 and this year.

“Following a use of force audit of its K-9 Apprehension Program, the Salt Lake City Police Department released body-worn camera videos today of 19 cases,” says a statement on the SLCPD YouTube page.

SLCPD Chief Brown wrote in the statement that the videos — which total about 27 minutes — were being released to help foster transparency.

“In the interest of being open and transparent, we are making public one video for each of the 19 cases that we have identified need further review,” Brown wrote. “We have worked diligently to perform this audit and are taking the initiative to conduct similar audits in all divisions of the police department.”

In total, the department identified and audited 34 cases spanning back to 2016, referring all to the District Attorney’s Office for review. The K-9 Apprehension Program and the four dual purpose dogs associated with it remain suspended indefinitely.

Six officers involved in the cases have been placed on administrative leave pending the outcomes of the investigations, consistent with Department practice.

The statement also linked to more information on SLCPD policies.

The K-9 program is currently suspended. The decision was made after video came to light in August that apparently shows a K-9 officer continuing to order his dog to attacking a suspect, Jeffrey Ryans, even after he was was complying with officer’s commands.

Read more about that incident and see the video by clicking on here. 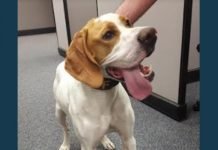 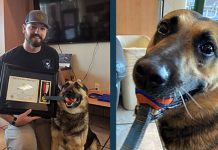 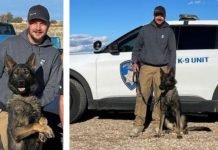