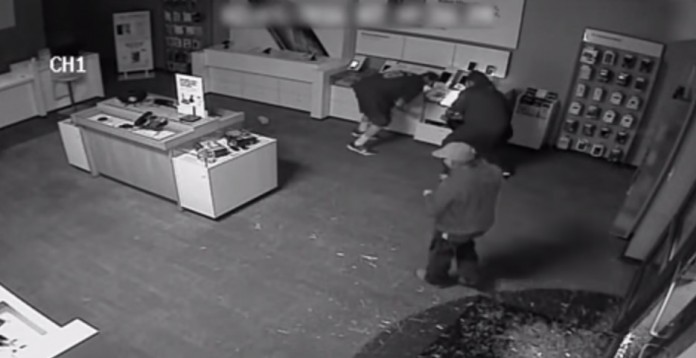 According to police, three male suspects entered the Sprint store located at 1846 S. 300 West early that Wednesday morning. They were able to gain entry to the store by breaking the glass to the front doors.

During the course of the burglary, the suspects broke several display cases and stole headphones, speakers and cell phones. There is surveillance footage the police are asking the community to view to help identify them.

The Police Department asks anyone who may know the identity and/or location of these suspects to call (801) 799-3000. Anonymous tips may be sent by text to 274637. Please start your text with TIPSLCPD, which routes it to the police department. Then include any relevant information including referencing case #15-119237.