ELKO COUNTY, Nevada, Feb. 21, 2021 (Gephardt Daily) — One snowmobiler is dead and a second injured after an avalanche in Elko County Saturday morning.

The Elko County Sheriff’s Office said the three snowmobilers were involved in an avalanche in the Castle Lake area of Lamoille Canyon at approximately 11:53 a.m.

“One of the snowmobilers was able to ride out and call for emergency services,” the Elko County Sheriff’s Office said.

A second snowmobiler suffered serious leg and shoulder injuries and was flown by medical helicopter to a hospital in Salt Lake City.

Search and recovery teams were unable to reach a third snowmobiler, who was buried in the avalanche, according to the sheriff’s office.

Recovery teams were scheduled to resume the search for his body starting at 6 a.m. Sunday.

All three snowmobilers were believed to be in their twenties. Their names have yet to be released.

Lamoille Canyon Road will remain closed until the recovery efforts are completed. 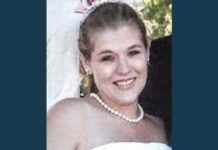 Human remains identified as those of missing Elko woman 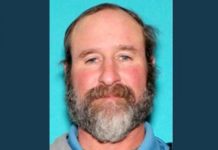 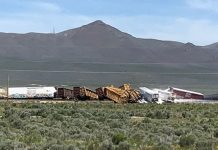 I-80 reopens after train carrying munitions derails near Wells, Nevada