UPDATE: Family members say the missing teen has been found safe. No other details were provided. Gephardt Daily will update the state story as more information is made available.

SOUTH OGDEN, Utah, Aug. 12, 2019 (Gephardt Daily) — South Ogden police are asking for the public’s help locating a 15-year-old girl who is thought to be in the Roy area.

Nicole Isabela Muniz was last seen on Aug. 5 in Washington Terrace, at approximately 11 p.m. said a Facebook post from Roy City Fire and Rescue. Her phone was found at home, wiped clean.

She is 5 feet 4 inches tall and weighs 135 pounds, and has brown eyes and brown hair. She has a nose piercing in her right nostril and acne scars on both cheeks, the post said. Officials did not say what she was wearing when she went missing.

Anyone who sees Muniz or has information on her whereabouts is asked to call South Ogden Police Department at 801-622-2800; the reference number in this case is 19WC21379. 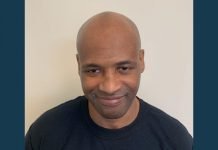