Already in custody and charged is Damian Stafon Coleman, 27, who faces initial charges of murder and aggravated robbery, both first-degree felonies.

Damian was identified, in part, because of the car he was driving when he allegedly picked up the other suspects after the shooting, in the area of 2193 S. Main St.

The suspects being sought are:

The shooting happened at about 10:14 p.m. on May 9, a Monday, and followed an attempted robbery, according to Damian Coleman’s probable cause statement:

“Surveillance video from Winco recorded the fact that R.S. (Romeo Stevens) was chased through the parking lot by two male suspects and onto Main Street where he was shot,” the police statement says.

The SSLPD asks anyone with information on the at-large suspects to contact Detective Hill at [email protected] or at 801-412-3655.

“All three should be considered armed and dangerous,” the statement adds. 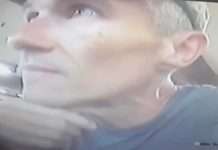