SALT LAKE CITY, Utah, Jan. 28, 2022 (Gephardt Daily) — A controversial bill that sought to require educators to post curricula and class syllabi online, and which was strongly opposed by the leadership of the Utah Education Association, has been withdrawn by its sponsor.

“Timing is everything in politics and in order to ensure that teachers are heard, misconceptions are dispelled, and the best solutions are developed, I think this bill is going to need more than the 34 days that we have left in this session,” he wrote in a Facebook post.

“I strongly believe that this is a topic worth taking the time to get right. As such, I have spoken with House leadership and the chair of the Rules Committee and have asked them to hold on the bill so we can take the time that is needed to more fully flesh it out. I will recommend that this bill be added to the list of topics to be studied by the Education Interim Committee. This will give me time to meet with more interested parties, adapt the bill to better meet the needs of parents and teachers, and have a better forum to receive public input.”

“This unnecessary legislation shows an utter lack of understanding of instructional design and how teachers work,” the petition says. “It is not a common-sense approach to increasing parental involvement and the responsiveness of public schools.”

It further criticized HB 234 with the following points:

In addition to his comments, Teuscher released a more formal news release, which asks for a “pause to gather more input from teachers, parents and students.” It appears below. 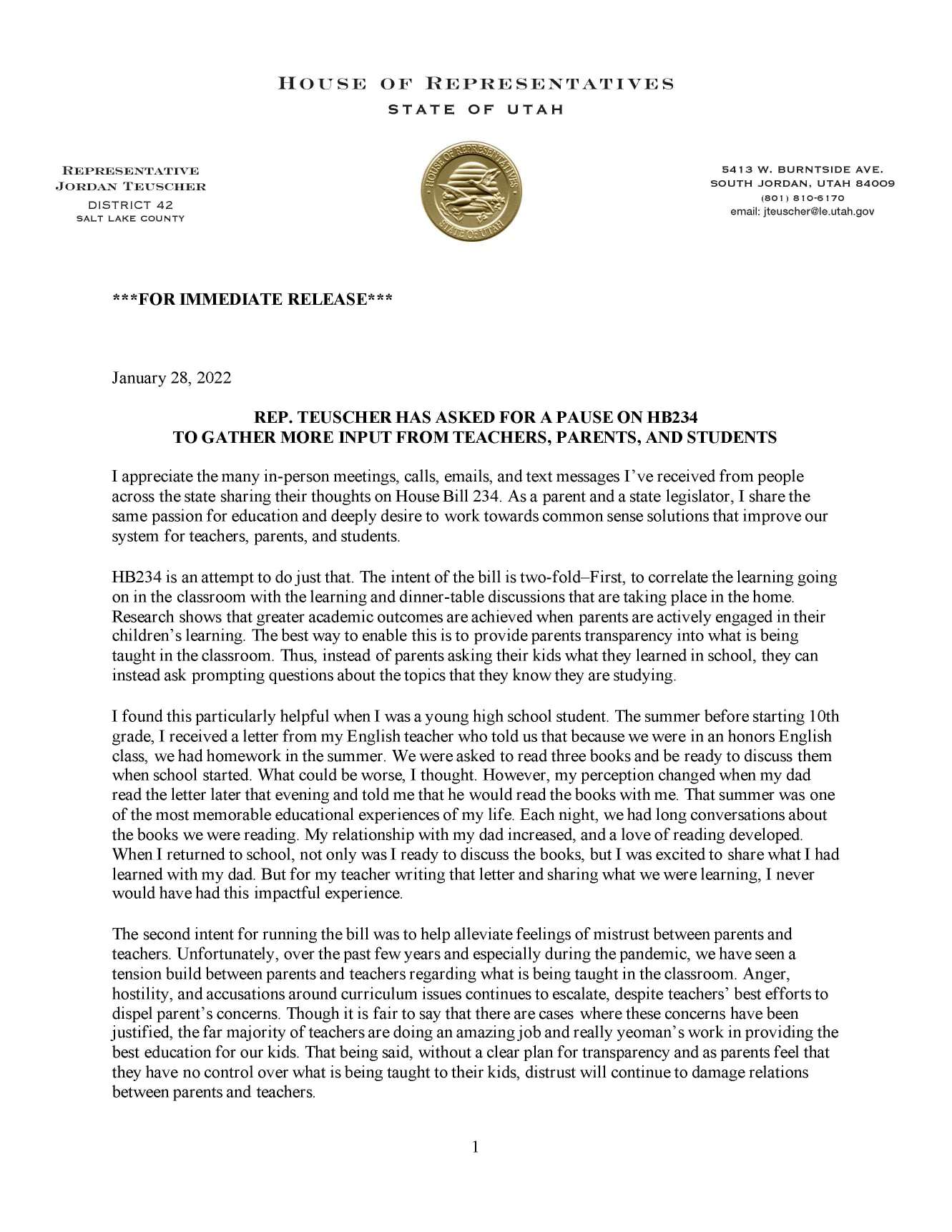