SPRINGVILLE, Utah, Dec. 16 (Gephardt Daily) — A 2-year-old boy was burned slightly in a Tuesday afternoon duplex fire that the Springville Police Department suspects was caused by a Christmas tree and a space heater.

“I believe it was just a couple small burns, and some singed hair,” SPD Lt. David Caron said of the child’s condition. “The injuries were very minor, and the mother and son were taken to the hospital (Utah Valley Regional Medical Center) to be checked out.”

The fire was reported at about 2:30 by the resident, a single mother at home with her son, whose older children were at school. The duplex is at 833 West 175 South.

The cause of the blaze is still under investigation, according to the Springville Police Department, but in fire officials believe it was started by a Christmas tree.

The Springville Police Department on Tuesday night tweeted the message “One child slightly burned in fire. Remember no open flames or heaters by Christmas trees!”

Multiple agencies reported to the scene. The Springville Police Department indicates the fire caused $60,000 to $80,000 in damage to the unit.

Caron said serious damage was contained to one unit of the duplex, but he had heard there was smoke damage throughout the structure. 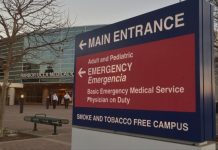