ST. GEORGE, Utah, Sept. 30, 2020 (Gephardt Daily) — A Southern Utah man has been sentenced to 18 months in prison after pleading guilty to a federal charge of possession of a firearm while the subject of a domestic violence protective order.

U.S. District Judge David Nuffer imposed the sentence Wednesday morning in federal court in St. George,” a statement from the DoJ Utah says. At an information hearing in July, Motalolo “admitted that he possessed a Smith & Wesson .40,” the statement says.

“He also stipulated that he knew he was subject to domestic violence protective order that prohibited him from possessing firearms,” the statement said, adding that Matalolo will be on supervised release for 36 months when he finishes his prison sentence.

“Cases that allow us to get firearms out of the hands of domestic violence abusers are always a priority,” U.S.
Attorney John W. Huber said in a statement released Wednesday.

“Law enforcement officers around the state are watching for such violations and refer the cases to us.  If anyone knows of someone in possession of a firearm while subject to a domestic violence protective order, please reach out to your local police department.

“This is critically important as we work to protect victims of domestic violence during this time of COVID-19.  Many stressors are exacerbated during the pandemic, including
isolation and financial strain. Victims are in danger if they are isolated with an abuser or fear retaliation if they separate from the abuser,” Huber said. “With these types of prosecutions, we have a valuable tool to help protect victims.”

Matalolo came to the attention of officers with the St. George Police Department about 12:15 a.m. on May 8 of this year, the statement says.

Officers made contact with three individuals, including Matalolo, in the parking lot of the Clarion Suites in St. George. According to a complaint filed in the case, officers smelled the odor of marijuana and observed that an underage individual had an open can of beer.

An officer observed a handgun holstered on the side of a fanny pack Matalolo was wearing. As officers attempted to detain the three individuals, Matalolo fled on foot.

Officers found the firearm Matalolo dropped. It did not contain ammunition and was later determined to be stolen. The gun holster was still attached to the fanny pack.

Officers found identification documents belonging to Matalolo inside the fanny pack. Officers determined that Matalolo is subject to a valid protective order. He was arrested May 24 of this year on an unrelated drug offense and booked into the Washington County jail. 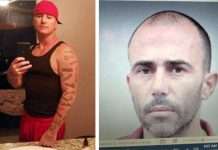 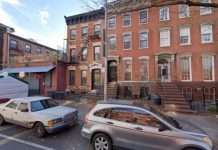