St. GEORGE, UTAH – September 22, 2015 (Gephardt Daily) – Detectives are asking for the public’s help in identifying a man wanting for questioning in a sexual assault case in St. George.

According to Detective Brandon Dunbar, St. George Police Department, the assault took place between 12 p.m. and 2:15 p.m. on September 16 when the suspect drove a woman out of the area and assaulted her.

“This particular case is disturbing because the victim of the sexual assault is a vulnerable adult who was driven from the area around her residence to other locations where the assault occurred,” said Dunbar. “The suspect took advantage of the diminished capacities of the victim.”

Dunbar said leads have been coming in, but they are asking for help in identifying the suspect they believe is involved in this case.

Detectives believe the car pictured is a Mazda 626 but are uncertain of the year. 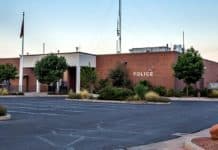 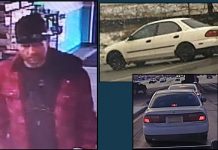