“Resources responding to a new start in Mammoth, south of Eureka,” said a tweet from Utah Fire Info. “Structures threatened and evacuations ordered.”

The new start is called the Mammoth Fire, the tweet said.

“Fire resources are on scene and engaged,” the tweet added. “One structure has been damaged. The fire is estimated at five acres.”

A follow-up tweet said: “Forward progression on the #MammothFire has been stopped. Containment is expected later this evening. One primary residence was destroyed.”

Mammoth is an unincorporated community in northeastern Juab County. 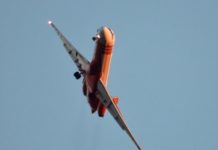