SUMMIT COUNTY, Utah, May 19, 2022 (Gephardt Daily) — Two women stopped in Summit County for speeding were jailed for for transporting more than 172 pounds of a what appears to be marijuana.

Driver Tajaa Renee Fair, 24, and passenger Kristen Ashley McKenzie, 23, were spotted Wednesday traveling east on Interstate 80 at 90 mph and were pulled over by an officer of the Summit County Sheriff‘s Office, their probable cause statements say.

The officer “then requested Tajaa come back to my vehicle to retrieve her information,” Fair’s probable cause statement says. “While in my vehicle, I advised Tajaa I would be issuing a written warning for the speeding. While writing the written warning, I asked Tajaa if there was any marijuana in the vehicle. Tajaa advised there was user amounts of marijuana in the vehicle.”

A vehicle search “revealed over 172 pounds, including packaging, of a green leafy
substance that appeared to be marijuana,” Fair’s statement says. “A field test later confirmed the substance to contain THC.”

Both women face initial charges of marijuana possession of 100 pounds or greater, a second-degree felony. Bail for each was set at $1,000. 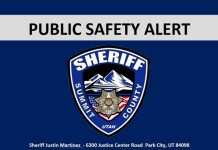 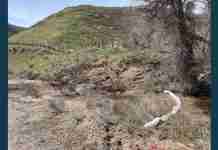 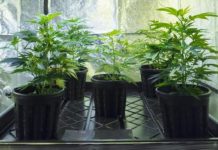