LAYTON, Utah, Dec. 17, 2018 (Gephardt Daily) — A 28-year-old Sunset man has been arrested for second-degree felony enticing a minor by Internet or text after he allegedly arranged to meet what he thought was a 13-year-old girl for sex.

A news release from Layton City Police said that Zachary Nilson was arrested Thursday as a result of an undercover chat operation Layton detectives regularly participate in with the FBI’s Child Exploitation Task Force.

“During this operation, a Layton City detective portrayed himself to be a 13-year-old female on a popular chat application,” the news release said. “Mr. Nilson initiated a chat that was sexual in nature and arranged to meet the 13 year old for sex.”

Nilson drove to the meeting location and was taken into custody and booked into the Davis County Jail.

A probable cause statement released by the 2nd District Court in Farmington said that after being read his Miranda rights, Nilson admitted that he wanted to have sex with the 13 year old and wanted to pick her up to take her to get ice cream. His plan after ice cream was to make out with the girl and then engage in sexual activity with her. 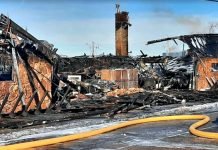