The incident occurred at the convenience store at 309 E. 400 South at approximately 7:15 a.m., according to a watch log issued by the Salt Lake City Police Department.

“Thomas Wilson Jr., 34, walked into the 7-Eleven and went behind the counter confronting the clerk,” the watch log said. “He assaulted the clerk while taking cigarettes.”

Wilson then shoved a customer that was calling the police.

“As he was leaving the store he assaulted the Slurpee machine, damaging it,” the watch log said. “A short distance away from the store, he was found by officers and arrested.”

Wilson was taken to jail for robbery, assault and criminal mischief. 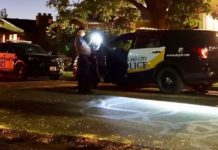 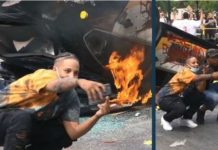