LEHI, Utah, April 16, 2022 (Gephardt Daily) — An Ogden man has been arrested more than a month after a Lehi auto-pedestrian accident that killed a girl and critically injured her brother.

Arely Hernandez-Cuencaset, 15, died in the accident that injured her 13-year-old brother.

Witnesses to the March 4 collision told officers the driver of a silver Chrysler 300 was traveling east on 2100 North, and was swerving in traffic prior to the accident, says Garcia-Torres’ probable cause statement, filed by an officer of the Lehi Police Department.

“Witnesses advised that the suspect vehicle had drifted off to the left side of the roadway and went across the island at the intersection of 3600 west. Two juveniles were walking on the sidewalk southbound on 3600 West when the Chrysler 300 hit them and a metal pole,” the statement says.

Garcia-Torres’ license had been suspended, the officer determined.

“A short time later, we were notified by the hospital that the female juvenile had succumbed to her injuries and passed away, the male juvenile remained in critical condition,” the probable cause statement says. “While hospitalized he was found to have multiple pelvic fractures and various road rash and bruising all over his body.”

A warrant was issued for blood draw from the suspect. Garcia-Torres declined to provide a urine sample.

Post Miranda, Garcia-Torres confirmed he was driving the silver Chrysler 300 when he went off the roadway and struck the two juvenile victims, the probable cause statement says.

“Alexis explained that he was driving from work and that he had ‘fallen asleep,’ but when questioned if he had felt tired or as if he was falling asleep leading up to the area and prior to the accident, Alex stated that he hadn’t, and stated that he had gotten a normal amount of sleep for himself the night prior.

“Alexis did state that he had started to feel tired, reached down and picked up an energy drink before falling asleep, describing that it happened suddenly, then awaking to the accident.”

Dash camera video obtained from another driver confirmed that Garcia-Torres had been traveling east on 2100 North, and was driving at approximately the speed limit as he approaches the intersection of 3600 West.

“His vehicle was observed leaving the roadway and driving onto the sidewalk/crosswalk island where it strikes the juvenile pedestrians. There is no braking observed or evasive maneuvering until contact is made, which is consistent with him being asleep or unconscious.”

On April 1, blood toxicology results came back showing that Garcia-Torres “had THC as well as oxycodone in his system at the time of the accident,” the statement says.

“A warrant for DOPL was approved to see if Alexis had been prescribed any prescriptions recently. The DOPL report stated that Alexis has not been prescribed any medication in the last five years. Alexis advised on the day of the accident that he would have marijuana in his system from smoking it four days prior.”

A records check confirmed Garcia-Torres had “several qualifying prior felony and misdemeanor convictions to enhance his drug possessions and driving on a suspended license charges,” the statement says.

Garcia-Torres is being held in the Utah County jail without bail. 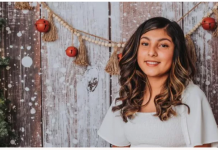