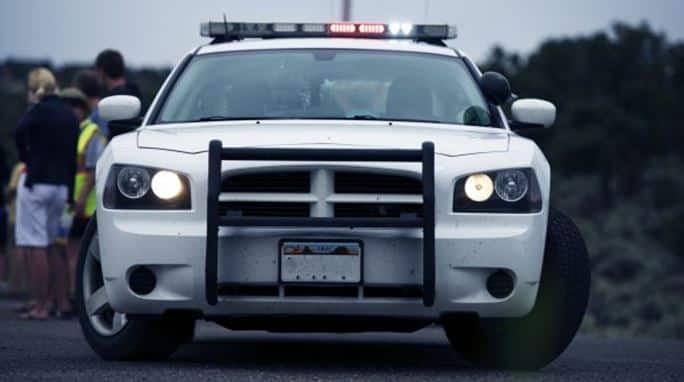 ROCKVILLE, Utah, Oct. 11, 2021 (Gephardt Daily) — Officials have confirmed the death of suspect Shannon Alan Griffin, who was taken into custody by police following a shooting spree and a pursuit south of Zion National Park, and who was found in a residential area after reportedly shooting himself.

“Once all investigation material has been received, it will be reviewed for final determination regarding the involved officer’s use of lethal force.”

A final report will be publicly released upon its completion, the statement said.

Investigations are required when officers fire a gun at a suspect, which is considered a use of lethal force.

Griffin, 55, had been hospitalized in St. George since the Wednesday, Oct. 6 incident.

“On Oct. 6 2021 at 3:41 p.m. MST, officers were dispatched on a report of a male subject who had brandished a handgun during an argument in the City of Hurricane,” says a statement issued last week by Crouse.

“Responding officers located the vehicle leaving the scene and attempted to initiate a traffic stop. The suspect failed to stop for officers and began to flee in his vehicle. While officers pursued, the suspect began shooting at vehicles as it continued eastbound on SR-9 toward Zion National Park.”

According to multiple reports, Griffin shot at as many as 10 vehicles, shattering windows in some.

“As the vehicle approached milepost 25, officers deployed spike strips in an attempt to disable the fleeing vehicle. Officers exchanged gun fire with the suspect as he drove through the area,” the statement says. “The suspect vehicle continued into the town of Rockville where it crashed. The suspect exited the vehicle and again exchanged gunfire with pursuing officers, prior to fleeing into the residential neighborhood.”

Local, state and federal law enforcement officers “responded with SWAT assistance to the area to assist with containment and location of the suspect,” the statement says. “At approximately 6:15 pm, officers located the subject with a suspected gunshot wound. The subject was transported to St George Regional Hospital for his injuries.”