HURRICANE, Utah, Nov. 3, 2021 (Gephardt Daily) — A suspect is facing a DUI felony charge after a UTV rollover in Hurricane left a man with a broken neck.

A probable cause statement from the 5th District Court of Washington County said Robert Laurence Frei, 51, is facing charges of:

The arresting officer responded to a report of a rollover accident with injuries on Old Highway 91 Saturday at approximately 10:30 p.m.

“Robert told me he was going to spin brodies (donuts) and rolled,” the statement said. “He was confused if he was driving on the roadway or down in the dirt where he ended up. The adult front passenger was transported to the hospital with a large gash on his head. I was later informed that his neck was broken.”

Two rear passengers were both 14 years old and had minor injuries.

“While talking to Robert I could smell a very strong odor of an alcoholic beverage coming from his breath,” the statement said. “Robert was swaying back and forth even with a wide stance. I noticed his eyes were glassy and his speech was slurred. When he walked he occasionally stumbled to the side. Robert told me he was not dizzy or even had a headache. He told me he could walk, stand, and keep his balance.”

A preliminary breath test showed positive for alcohol with a result of .191, nearly four times the legal limit in Utah.

The suspect was transported to Purgatory Correctional Facility, with his bail set at $5,000.

Frei was on probation or parole at the time of the incident. 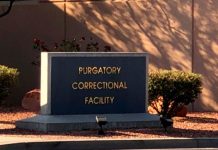 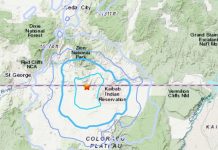 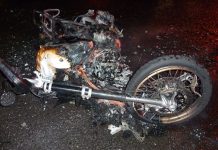