GREEN RIVER, Utah, Nov. 24, 2021 (Gephardt Daily) — A suspect was arrested in Utah on Wednesday after he was found to have a 13-year-old girl, who was the subject of an Amber Alert out of Colorado, in his vehicle.

Navarro Cathey was taken into custody without incident after initially fleeing as a Utah Highway Patrol officer got behind Cathey’s vehicle on westbound Interstate 70, just outside of Green River.

An “attempt to locate” was issued at about 3:34 p.m. Wednesday “for possible Amber Alert on a subject with a child” reportedly traveling on I-70, said a news release on the Utah Highway Patrol website.

“Troopers coordinated with several officers to set spikes in case the subject fled,” the news release states. “A UHP sergeant located the vehicle near MP 63 and when he got behind the vehicle it initially sped up to near 100 MPH.”

As the vehicle approached the other officers, a traffic stop was initiated and the suspect pulled over and was taken into custody without incident. The juvenile girl was also in the vehicle.

UHP is working with police in Aurora, Colorado, on this case, and the girl is being returned to her family.

Police in Aurora expressed thanks to UHP, the Colorado Bureau of Investigation, the FBI, and other agencies that helped to safely locate the girl, who was considered “at risk” because of her age.

Charges against Cathey are still pending. 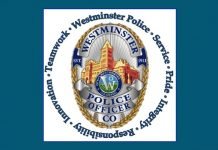