A news release from Sevier County Sheriff’s Office said a vehicle travelling at “an extreme high rate” was pursued by police, and the driver tried to go through the median near the small town of Joseph.

Two suspects then jumped out of the vehicle and ran. One of them, a woman, was apprehended a short time later. The other suspect, a man, was not immediately located.

The Sheriff’s Office issued CodeRED emergency notification calls to the Joseph, Elsinore, and Monroe area to notify the citizens to keep a look out for the suspect, lock their doors and not leave car keys in their vehicles. Though the suspect was not believed to be armed, officials also advised the public not to approach him.

The second suspect was taken into custody Wednesday morning, police said, but did not immediately issue further details.

Sevier County was joined by agencies including the Utah Highway Patrol and Piute County in searching for the suspect.

The Sheriff’s Office has not yet identified either suspect. 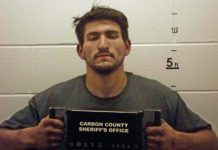 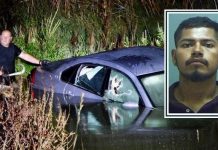 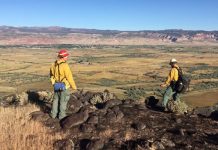