SLCFD Captain Kevin Kochevar told Gephardt Daily crews were called out to the Providence Place Apartments at 309 E. 100 South at approximately 3 a.m. with reports of a structure fire.

“On arrival we did see fire in the back of the structure,” Kochevar said. We made entry and did our 360 and noticed there were actually multiple dumpsters connected to this building – and one just adjacent to it – that were on fire.”

He said the flames did not spread to the building, but forced the evacuation.

“Our initial concern was to make sure we contained the fire,” Kochever said. “Once we did that then we sent people above the fire to see if there were any extension up there. The building was evacuated; all the occupants came down when the alarm sounded. We wanted to get people back inside as quick as we could because of the temperatures outside.”

Kochevar said investigators responded to the scene and will determine definitively if the fires were intentionally set. 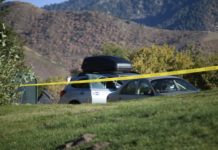 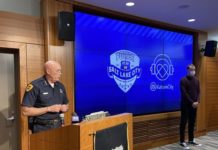