Retired Lt. Col. Command Pilot Alan Carver, age 50, and Nathan Stoddard, age 24, were flying in a Cessna 152 owned by Upper Limit Aviation (ULA). Both were found dead on the scene by the Iron County Sheriff Department. Carver was a fixed-wing aircraft chief flight instructor and was conducting a routine instructor sign-off with Stoddard.

The crash is currently under investigation by the National Transportation Safety Board and ULA officials stated they are fully cooperating with the investigation.

Carver retired from the Air Force in 2012 and started working at SUU in July 2013. He had logged more than 6,000 hours of airtime, including 1,400 hours of combat flying. Carver leaves behind a wife and three children.

“I cannot adequately express the depth of sorrow I feel for this tragic loss,” said Carl Templin, dean of SUU’s School of Business and aviation program. “I am deeply saddened by the loss of my colleagues and friends. My heart goes out to their families.”

Stoddard, who began working for SUU and ULA October 2, 2015, was hired as a junior flight instructor. He recently moved to Cedar City from Salt Lake City, Utah where he worked as a transportation agent at Keystone Aviation.

“I have flown with Nathan before and he was a fine pilot,” said Neil Donahue, SUU assistant chief flight instructor. “I was truly looking forward to working with him. He was going to be great teacher.”

Mike Mower, chief operating officer and chief flight instructor for rotor wing, said: “Our pilots receive constant training so they can exceed the requirements mandated by the FAA [Federal Aviation Administration]. Safety is our number one priority. Everything from our maintenance department, flight operations, to dispatch have policies and procedures in place to ensure a safe training environment.”

The plane crashed 200 yards from a home in an area known as Lake Quichapa at approximately 1:01 p.m. about six miles southwest of Cedar City. No damage occurred to any structures and those living nearby notified police.

SUU President Scott L Wyatt said: “This is an incredibly sad time. No one is ever prepared for a tragedy like this. Many of our pilots have served our country and we appreciate the service they gave to us. We mourn with the pilots’ families, loved ones, the SUU community and City after such a loss.” 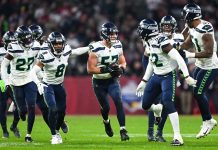 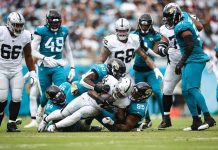 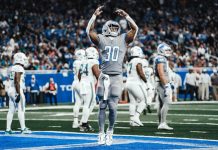