NASHVILLE, Tennessee, Feb. 25, 2021 (Gephardt Daily) — TAS Rights Management, the company that handles the rights for Taylor Swift’s music and other trademarks, has filed a lawsuit against the Evermore theme park in Pleasant Grove.

The suit comes several weeks after Evermore filed its own lawsuit against Swift, accusing her of trademark infringement over her album of the same name and related merchandise, reports Rolling Stone magazine. The Evermore suit claimed Evermore, the album, caused “actual confusion” that affected the park’s online presence negatively.

Attorneys for Swift called the claims “frivolous,” and in the new lawsuit from TAS, the company claims that three Swift songs were regularly used in performances at the park without a proper license.

The new TAS suit, which was obtained by Rolling Stone, states that along with allegedly using the three songs without proper licenses, Evermore repeatedly ignored messages from BMI, the performance rights organization, regarding the matter. The suit claims that Evermore “blatantly ignored the numerous notices from BMI and opted instead to continue to benefit from the free and unauthorized public performance of (the songs), despite actual knowledge of the liability and substantial penalties imposed by the Copyright Act to protect artists.”

Gephardt Daily has reached out to Evermore theme park for comment. 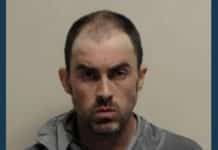