Kwan passed away at his home on Tuesday morning, July 21, with his wife by his side, said a news release from Taylorsville City. His family said he died of natural causes.

A public statement from the Kwan family says: “The Kwan family is deeply saddened by the terrible and shocking news that Michael, our son, brother, father, husband, uncle, cousin, friend and dog grandfather has passed away and left us far too soon. We are grateful for the support offered by so many and ask that you give our family some time as we sort through details surrounding his sudden passing.”

Kwan and his family are long-time residents of Taylorsville and have been actively involved in the community on many levels, the press release from the city said. Kwan presided over the Taylorsville Justice Court for 22 years, beginning in 1998.

“We will sincerely miss Judge Kwan and all that he brought to the court,” said Taylorsville Mayor Kristie Overson. “He was organized and technically savvy. He was good-humored and good-natured. He cared profoundly about our community and to make it better. But most importantly, he prized justice. He was intensely focused on providing equal protection under the law for all who entered his courtroom. He was compassionate and often extended a second chance for many. Above all, his model was fairness and he eschewed bigotry and racism with every essence of his being.”

Kwan received a law degree from Whittier College School of Law and was certified in Chinese law by the East China University of Politics and Law in 1993. He served as pro tempore judge in Third District Court from 1996 through 1998.

In Taylorsville, Kwan started one of the first DUI/drug courts in the nation in 1998. This program received the Governor’s Award for reducing drug and alcohol abuse and related crimes in 2008.

He received the Utah Judicial Council’s Quality of Justice Award in 2001.

“Judge Kwan was a beloved friend and mentor,” said Taylorsville City Attorney Tracy S. Cowdell, whose law firm Cowdell & Woolley P.C. provides prosecution services for the city.  “The world feels a little more empty without him here.  We have lost a fierce advocate who believed no one was lost and anyone could change. I will miss him dearly.”

Public Defender Doug Stowell also offered his condolences on behalf of himself and his law firm, Stowell, Crayk & Bown.

“Judge Kwan was an honorable man with strong principles and ideas,” Stowell said. “He made every effort to practice his profession in a manner which recognized and respected the people whom he served. We are better for having him in our lives.”

The City of Taylorsville is working with the Utah Administrative Office of the Courts to ensure that Kwan’s replacement will be appointed as soon as possible. A substitute judge will fill in, in the meantime, to ensure the seamless administration of court services.

Funeral services for Kwan have yet to be announced. 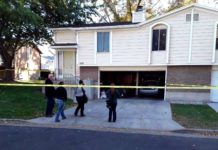 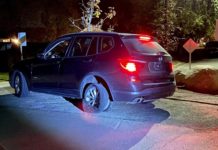 Unified Police: Suspect in custody after fleeing on 3 spiked tires, tossing gun out of car 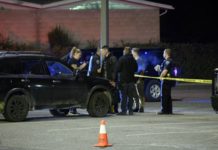