KEARNS, Utah, Jan. 1, 2021 (Gephardt Daily) — One of two people critically injured in a Kearns collision on Thursday has died of his injuries.

“We regret to inform of a death from the accident in Kearns yesterday,” a tweet from the Unified Police Department says. “Chaz Groat, age 17, of Kearns. Our condolences to his family.”

Two people were critically injured, and were taken to the hospital, she said.

A Crash Analysis and Reconstruction team spend hours on the scene investigating, blocking traffic. Results of the investigation have not yet been announced.

2 Critically Injured in Kearns Crash
1 of 6 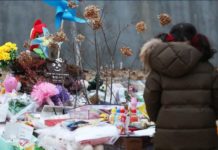 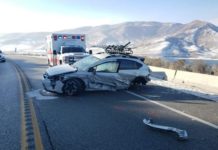