SALT LAKE CITY, Utah, Nov. 8, 2016 (Gephardt Daily) — The death of a West Valley City police officer this past weekend was a gut punch for the Salt Lake Valley.

The revelation three juveniles were charged in the officer’s death only steepened the emotional grade.

Cody Brotherson, 25, died early Sunday morning when investigators say he was struck by the suspects — one age 14 and two age 15 — who were fleeing police in a stolen car.

Brotherson is the second Utah law enforcement officer to die in the line of duty in 2016. Unified Police officer Doug Barney was killed on Jan. 17, shot while investigating a traffic accident near 2160 E. 4500 South in Holladay. His partner, Jon Richey was gravely wounded, but survived.

The deaths of both Brotherson and Barney — although they happened months apart — are being deeply felt within the ranks of Utah’s law enforcement community, each terrible event magnified by the other, underscoring the incalculable void left by the officers’ sudden and untimely deaths.

Both men were dedicated cops — Utah natives, hometown guys, one from Orem, the other from West Valley City. They loved their families, loved their jobs, and were known and liked by their peers and supervisors.

While Barney had made his mark by completing 18 years of dedicated service, most of it with the Unified Police Department, Brotherson was a relative rookie. At age 25, he had just three years on the West Valley City force, but was already seen as a solid performer — the kind of cop who could make a difference — on the street and in the department.

Sunday, when word of Brotherson’s fate began to spread, dozens of cops from virtually every rank and jurisdiction converged on West Valley City’s police headquarters. Others gathered at Medical Examiners Office at the University of Utah in Salt Lake City.

As the blaring police procession bearing Brotherson’s body came into earshot, officers snapped to attention, saluting the simple white hearse and the dozen or so squad cars that guided it on its path.

A few short miles away, Brotherson’s family members received the tragic news in a visit to their home. By the time West Valley City Police Chief Lee Russo left them to absorb the news, a steady stream of neighbors began appearing at the family’s door.

Bad news about good people travels fast in these parts, and the work of many hands began in earnest, hands that will likely bear many loads in the days and weeks ahead.

“Thank you for giving us the opportunity to share the memory of our son, Cody James Brotherson, our amazing and beautiful son, brother, nephew and boyfriend,” said Cody’s mother, Jenny Brotherson.

“He wanted to be a police officer his entire life. That dream was realized three years ago but was cut short this morning. He was the best person any family could ask for. Cody had the most loyal heart and would do anything for those he loved. Cody was the family jokester and protector.

“As a family, we ask that when you see a police officer, you give them the support and respect that they deserve,” Brotherson said.

It was sentiment echoed by Russo.

“The tragedy that befell Officer Brotherson was a reminder to the community, his fellow officers and law enforcement officials everywhere … to understand how fragile and precious life is, and understand how these officers go out every day and face the dangers that they do to keep people safe, to prevent crime, and take criminals off the street, at sometimes very high cost.”

To see the dramatic images captured throughout the day by Gephardt Daily photojournalists, please click on the video player above, or the photo gallery below. 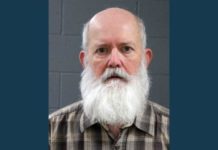 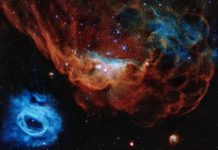 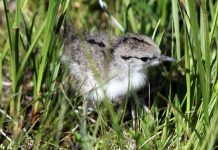