These are questions which have dogged mankind since the first cavemen gazed skyward and wondered what the heavens held.

Starting this weekend, those very same questions are front and center at The Leonardo in downtown Salt Lake City, where a new exhibit dubbed ‘Alien Worlds and Androids,’ will answer some of those daunting questions, attempting to prove scientifically, that aliens do exist —  on other planets, and even inside our own bodies.

But the new exhibits don’t just draw on the world of science, they also incorporate the universe of science fiction, including exhibits featuring full-size replicas of Tony Stark’s IRON MAN suit, famed Star Wars’ androids C-3PO and R2-D2, as well robots from the blockbuster movies Alien and The Terminator.

The public can get a sneak peek of the exhibit Friday from 7:30 to 11 p.m as the The Leonardo hosts The Galaxy Gala event, an ‘Out of This World’ costume party for folks 21 and over.

To learn more about The Leonardo’s Alien Worlds and Androids exhibit, listen to Todd and Erin’s interview via the video player above. 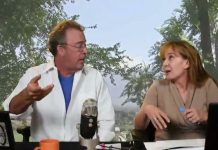 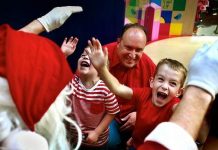 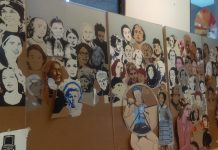