BOUNTIFUL, Utah, April 25, 2020 (Gephardt Daily) — Three men were arrested Wednesday and are now facing felony charges for fraud involving as many as 30 victims.

According to a probable cause statement filed in 2nd District Court in Farmington by an officer with the Bountiful Police Department, officers responded Wednesday to a report of a suspicious circumstance at FedEx.

Employees there told the officers four men were outside of the store, and a couple of them kept coming inside and acting suspiciously, the document states. The same men were there last Thursday also, and were behaving the same way, an employee said.

When officers spoke with them, the three men gave varying stories of how they knew the fourth man, according to the charging document.

The reporting officer spoke separately with the fourth man, who said his name was Michael.

“Michael broke down and told me that he didn’t know these males and that they just picked him up near 1300 South West Temple in Salt Lake City,” the officer reported in the statement.

The men had pulled up in a silver Infiniti and asked Michael if he wanted to make between $1,000 and $2,000, according to the statement. They also asked him if he had a Utah identification card. Michael told them he did and agreed to go with them.

They went in two vehicles to FedEx in Bountiful, and Djimy Okutennde asked to see Michael’s identification, the probable cause statement says.

“The male then went inside and printed off a fraudulent paystub in Michael’s name,” as well as another document showing a Wells Fargo account, using all of Michael’s personal ID information.

Michael told the officer he had never worked for the company indicated on the paystub and does not have an account with Wells Fargo.

“It is a common occurrence for individuals conducting fraudulent activity to pickup a homeless person and to use them to cash fraudulent checks or conduct credit card fraud…” the reporting officer stated.

A search warrant was obtained for both vehicles — one owned by Bokanga, and the other owned by Okutennde.

As the vehicles were searched, the officer located documents for “roughly 30” third-party victims whose identities had possibly been stolen, the document states.

The three suspects were taken to the Bountiful Police Department, where Martin Bokanga and Lateek Leonard refused to speak without a lawyer.

After being Mirandized, Okutennde said he would speak with the officer.

According to the document, Okutennde said there’s an individual known as Sly, who finds people who want to make money, and Sly contacts Okutennde, who goes and picks up the person and makes sure they have the information necessary to apply for a payday loan.

Okutennde said an email had been sent to FedEx with a fraudulent paystub and fraudulent document stating that Michael had an active Wells Fargo account. Both documents were found inside Bokanga’s vehicle, the officer stated. The payday loan money would then be split among the men, with Michael getting the smallest amount and the bad credit history when the loan wasn’t paid back.

Okutennde admitted to conducting this criminal activity for the previous year, and admitted to finding people to do this with on his own, the document states.

He also told the officer that the other two men, Bokanga and Leonard, knew what was happening and had worked with him in the past, according to the statement.

All three suspects were booked into Davis County Jail. 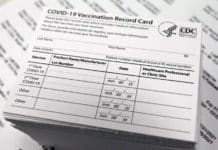 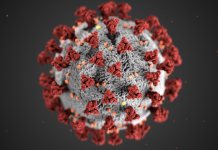