“Over the last 100 years, there is a tradition of many families coming to see the cave, communities that have supported the success of the park, and decades of bringing people together. We honor everyone that has worked here and hiked to the caves and we invite you back to celebrate with us all year long.”

Tours will begin on May 18, with tickets available for purchase up to 30 days in advance. Tickets may also be required for special events.

Events at the park include:

The creation of the park came through the preservation efforts of many people from American Fork, Lehi, Pleasant Grove, Highland and other Utah Valley citizens.

Tours began in the spring of 1922 with visitors initially only visiting Timpanogos Cave, but in 1939, tours were expanded through the development of tunnels that would include Hansen Cave and Middle Cave.

Details about the cave, tickets, tour schedules, and other programs are available on the park website. 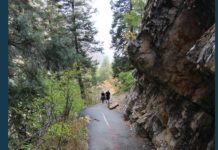 Timpanogos Cave to open for the season May 28