TOOELE COUNTY, Utah, April 4, 2021 (Gephardt Daily) — Utah has its second major wildfire for the 2021 spring season, this one in Tooele County.

The newest blaze is the Little Pass Fire, first reported at 1:50 p.m. Sunday. The size was last reported as 1,500 acres.

“Crews will continue to work the fire through the night,” the tweet added.

The cause of the fire is unknown.

The first wildfire of the season, the East Myton Fire, was first reported on the afternoon of March 29. An April 1 tweet from @UtahWildfire said the fire was at 75% containment.

“Most resources have been sent back to home units. Smoke may be visible for another week due to slash piles still smoldering.”

The East Myton Fire was believed to be human caused, but was still under investigation, fire officials said. 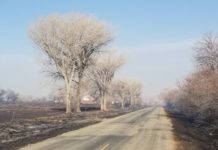