“Thanks for your help and cooperation!”

Heber City police officials subsequently said the train derailed in a place where the tracks switch, and the derailment was likely caused by a failed switching mechanism. An investigation into the incident is underway, officials said.

No one was injured as a result of the derailment, and trains are running as normal Sunday morning. 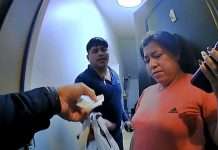